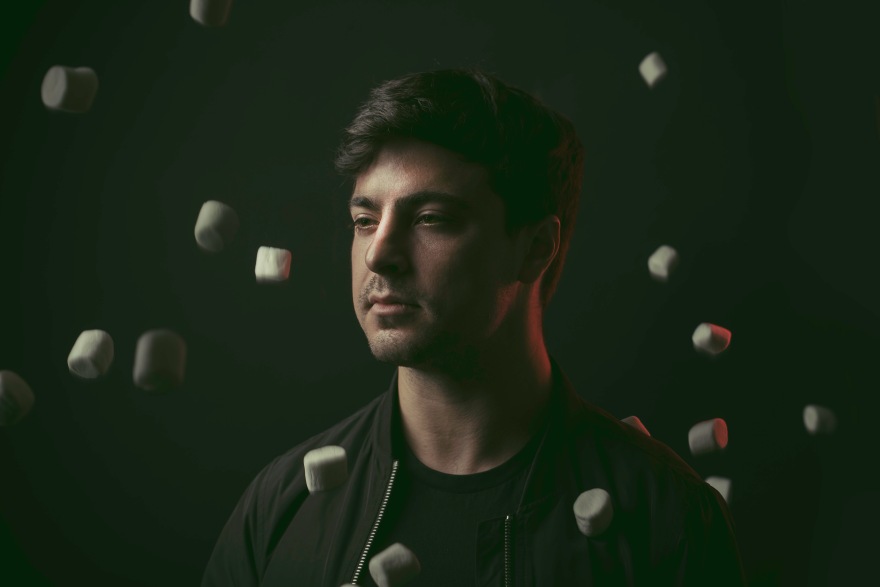 To get an exclusive first listen to ‘Displays [Pride]’, the first track taken from Stunted’s new album, Fault, head on over to New Noise Magazine here.

For Alex Petralia, what started out as a home recording project quickly turned into an acerbic and almost pious assault when Stunted – his sometime sonic-side line, recorded in between vocal obligations for Bay Area punks Nopes – finally landed on a theme for his first solo release.

“I always wanted to make music at my own pace and involve various friends to contribute instrumentation,” says Petralia of his new album Fault. “The project became more focused with the inclusion of the overall theme of the seven cardinal sins for the seven tracks. That was always a big thing that stuck with me growing up as a kid. Having Catholicism and all its fun narratives shoved down my throat.”

“What really pushed the theme even further was the constant reminder of how prevalent the filth of it all is in San Francisco. The city has experienced quite a shift beyond the tech industry boom, and the uber-rich have created such a bubble of existence in which they let their pride, greed, gluttony and envy dictate their lives. Writing songs and lyrics for Stunted came pretty easily. Just take a bus for an hour in the city these days and you can write an album like this too.”

Driven by an appreciation for the Beastie Boys, Beck and Steve Albini, Fault is for all intents and purposes a darker affair than Nopes’ typical output. Despite it still provoking a burning heart and championing that unmistakable fury of being young, gifted and ultimately unaccountable, it’s further fuelled by wanton sugar intake, corner store liqueur and well-worn copies of Negative FX and Bad Brains records.

“All seven songs were recorded at either a shitty SF apartment, or an even shittier practice space in the Tenderloin,” explains Petralia. “I just wanted to do some dark industrial shit but without getting too into spiders and click tracks. It was a challenge getting the album recorded in a complex where the walls are so thin. The track ‘Wrath’ in particular invoked the anger from my neighbours and cops who kept showing up that night.”

Fault is the first release on new record label Drwg Music which was formed earlier this year by Bristol-based publicist and founder of Sheltered Life PR, Richard S Jones. Fault by Stunted is officially out on 23rd February 2018 but to get an exclusive first listen to ‘Displays [Pride]’, the first track taken from said album head on over to New Noise Magazine or stream it below: